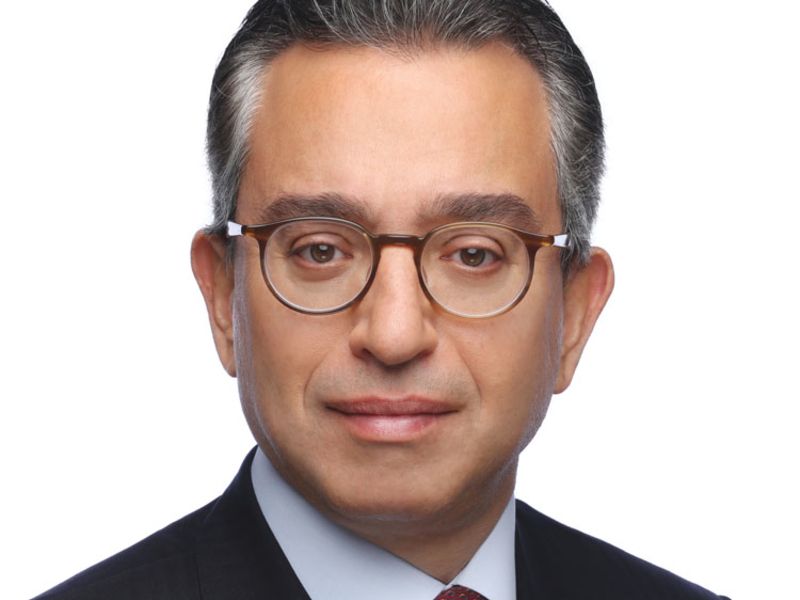 Commentary: Pension funds may launch a new era of infrastructure

The battle for the future of infrastructure is fully engaged in Washington. But neither the Biden administration’s initial $ 2.25 trillion plan, its revised $ 1.7 trillion plan, nor the Republicans’ recently announced $ 928 billion proposal are up to the task. . In various ways, the plans are all aimed at rebuilding our infrastructure. But all the proposals are based entirely on conventional public funding. The administration demands a corporation tax. The GOP has yet to specify funding mechanisms, but their plan is reportedly based on redirected coronavirus relief funds and existing tax revenues, such as the federal gasoline tax. None of these mechanisms is even remotely adequate.

Make no mistake: there is nothing wrong with taxation being a means of financing public spending. But taxes are a political challenge, as is the other public financing mechanism, deficit financing. If we are serious about building 21st century infrastructure and revitalizing American productivity for decades to come, then alternatives must be on the table – from the private sector in particular. And pension funds should be at the top of the list.

Why turn to pension funds? The proposed spending – even the GOP’s $ 928 billion, which is the smallest of the bunch – looks huge. But they are not. To put the infrastructure challenge into perspective – the American Society of Civil Engineers requested $ 2.590 billion in infrastructure spending just to get our existing infrastructure back to an adequate state of repair – without starting new projects. ASCE’s 2021 infrastructure report quantifies the consequences of this investment gap – a cost of $ 10 trillion in GDP and over 3 million jobs by 2039, and $ 2.24 trillion in GDP. dollars worth of exports over the next 20 years. ASCE recommends increasing infrastructure funding by 1 percentage point from 2.5% to 3.5% of U.S. GDP from all sources by 2025.

Where will these funds come from? Public and private sector pension funds are an immediate source of capital. U.S. pension funds had more than $ 18 trillion in assets under management at the end of 2019, according to the Organization for Economic Co-operation and Development. Although pension funds are currently investing some of these assets in infrastructure, the situation calls for large-scale direct investment in infrastructure projects, perhaps with the support of a newly established infrastructure bank. This approach promises to devote hundreds of billions of dollars to infrastructure development, including in areas such as renewable energy infrastructure, which promise solid job creation and strong growth. The Biden plan includes a major push towards renewable energy projects such as solar and wind power, where pension funds can play a leading role. In addition, pension funds can invest in the energy transition, which will also help accelerate the United States towards sustainable economic growth.

Direct exposure to these opportunities – and to infrastructure in general – will greatly benefit pension funds and the retirees they serve. Infrastructure projects are highly predictable: Electricity transmission and distribution networks, toll roads, bridges and airports have stable and well-studied cash flows that are maintained throughout the lifespan of investment.

Direct investments will also help fill the gaps in pension funds. The Equable Institute, a bipartisan nonprofit that provides data and analysis on public pension funds, reported in August 2020 that the national funding gap for public pension systems was 1.35 trillion. dollars at the end of 2019 and predicted that it would hit $ 1.6 trillion by the end of 2020. Near-zero interest rates on fixed income compounds make the problem worse. As long as these types of direct infrastructure investments generate returns that are 3% to 4% higher than inflation, they can offer attractive risk-adjusted returns over a long period for pension funds facing their challenges. long-term commitments and help close the deficit gaps.

Why are US pension funds so late in rolling out infrastructure investments? The paradox is that most American pension funds would like to invest in infrastructure, but there are too few projects. How is our infrastructure collapsing when we have no projects? The challenge is that US infrastructure projects are managed by a complex set of federal and state entities. For example, 95% of highways and public bridges are owned by local and state governments. These are 50 states and more than 80,000 local communities that manage these assets. A pension fund can hardly approach each of these entities to identify attractive projects.

To overcome this, we must introduce not only “public-private partnerships” but also a “public-public partnership” between state and local authorities and American pension funds, much like Canadian pension funds. have done with many cities in Canada. These partnerships will allow the funds to invest directly in these projects under long-term concession agreements that benefit all parties. States and municipalities benefit because infrastructure projects require long-term planning as well as an assessment of economic, environmental and social concerns. Public-public partnerships provide state and local authorities with stable, long-term funding, unlike federal or state funding which is subject to ownership cycles and typically only focuses on ready-to-go projects.

To make this possible, innovation is needed. One proposal would be to create a public infrastructure bank – an infrastructure trust or “infratrust” for short – established under the same statutes as government-sponsored companies, such as the Federal Mortgage National Association, known as of Fannie Mae, which could act as a major clearinghouse for infrastructure projects. It can provide all the support necessary for the design of infrastructure projects and participate in the financing of these projects alongside pension funds. The infrastructure bank could also invest funds from other public-public and public-private sources, including foreign pension funds, foreign sovereign wealth funds, and perhaps even newer instruments like dedicated infrastructure IRAs. . Innovation should also be harnessed on behalf of state and local authorities, who may need technical assistance to develop and design appropriate funding mechanisms, and then propose these projects to US pension funds. The infrastructure bank could provide this type of technical assistance in developing criteria for public-public partnership projects.

The bottom line is this: with the right vehicles, US pension funds can invest directly in infrastructure and allocate more than the 1.1% currently allocated. If they increased their allocation to 5% for example, thanks to the approaches described, the amount of investments available could increase to 300 billion dollars. And it’s a win for everyone: Public pension funds enjoy the exposure necessary for strong long-term returns, while bringing scrutiny and discipline to the infrastructure planning process. Retirees enjoy enhanced retirement security and take pride in knowing that their contributions are rebuilding our infrastructure – subscribing to modern roads, airports and electricity grids. The State and the communities have the certainty of long-term financing and the support of a reliable partner. The result is a functioning infrastructure finance system. Our infrastructure needs all the investment assistance it can get. Pension funds – a largely untapped resource – are a logical place to start.

Sadek Wahba is a senior researcher at the Development Research Institute at New York University. He is also President and Managing Partner of I Squared Capital, a global infrastructure investment firm. He is based in Miami. This content represents the views of the author. It has been submitted and edited according to P&I guidelines but is not a product of the P&I editorial team.

2021-06-02
Previous Post: The need for pension funds to invest in a clean, green and prosperous future
Next Post: The bill amending the bill on pension funds – a good idea or a disaster to come?