Pension funds in the DACH region are preparing to face a potential increase in inflation rates resulting from the monetary and fiscal policies implemented to combat the consequences of the COVID-19 pandemic.

“My personal standard scenario sees a higher probability of US inflation rising in the near term – in the next three to six months – due to a base effect. Then, over the next two years, the Inflation could be around 2%,” Stefan Beiner, CIO of Swiss public pension fund Publica, told IPE.

The likelihood of higher inflation over a three- to five-year period has clearly increased, he added. Publica invests in inflation-sensitive assets such as gold, silver, inflation-linked bonds, real estate assets in Switzerland and abroad.

The pension fund can also make tactical decisions to position itself within a short-term time horizon of three to 12 months, the CIO explained.

“Over the past few months, we have been overweight inflation-linked bonds relative to nominal bonds in our portfolio as we expected inflation to rise,” he added.

Publica will review its investment strategy early next year, assessing different scenarios as usual, including a deflation scenario and a hyperinflation scenario.

“We are aiming for strong diversification [of assets] which takes into account different rates of inflation and gross domestic product [GDP] scenarios,” Beiner said.

For the Pensionskasse of the Swiss Federal Railways, SBB, the rise in inflation and interest rates “are positive in the long term”, Dominik Irniger, head of asset management, told the IPE.

“We were already positioned, before the COVID-19 pandemic, for an interest rate hike in our long-term strategy, nothing has changed about that,” he said.

SBB expects inflation to rise over the next two years, but to a limited extent, while interest rates will stabilize at a slightly higher level than today. Central banks can decide to raise interest rates depending on inflation and the level of employment.

“The Federal Reserve has signaled that an inflation rate above its target is tolerable for a certain period, [but] if it gets out of hand, at 5% or 6%, then it will try to contain it. Whether it’s easy to navigate is debatable,” Beiner said.

BVK has “massively increased” its allocation to value investments in recent years at the expense of nominal bonds.

“Therefore, we believe we are well positioned for future inflation. [hike]”said the spokesperson.

Since BVK is legally required to invest a portion of its new funds in face-value investments, it sometimes uses variable-interest securities such as secured loan obligations (CLOs) and considers inflation-linked bonds. , the spokesperson added.

Monetary policies from central banks and fiscal stimulus from governments to propel the economic recovery from the pandemic are adding to fears of a spike in inflation.

This leads to a high level of cash for consumers, which cannot be spent due to current restrictions, creating “consumption congestion”, the spokesperson added.

“On the other hand, companies postponed investments and capacities were reduced. If the situation normalizes, this could lead to excess demand and therefore inflation: this applies to both the United States and Europe,” the spokesperson said.

Austrian Valida expects inflation to continue to rise in the coming months due to the base effect. The base effect becomes clear if you look at last year’s commodity price development or the fall in oil prices, Martin Sardelic, CEO of Valida Pensionskasse, told IPE. 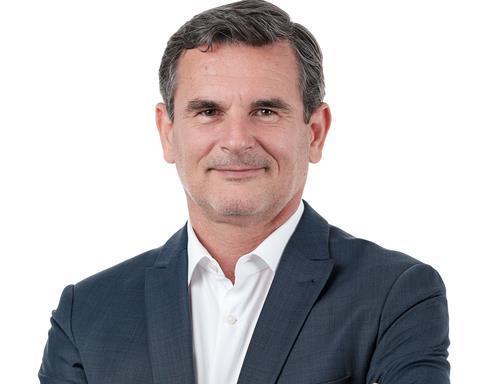 “Inflation in the Eurozone is expected to be in line with the ECB’s inflation target, while in the US it will likely go slightly above the Federal Reserve’s long-term target. “, he added.

Valida regularly assesses its investment portfolio through its tactical asset allocation on how the markets might change in the face of interest rate speculation or central bank actions based on the evolution of inflation , added the CEO.