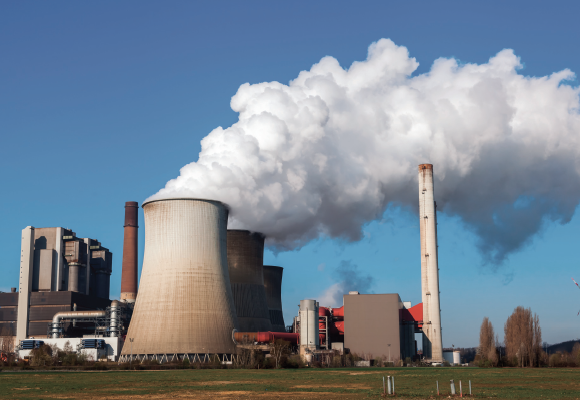 Denmark’s major pension funds have defended themselves after being challenged by a campaign group over the amount they invest in fossil fuel companies – particularly in stocks that increase their capacity for fossil fuels.

The non-governmental organization (NGO) ActionAid Denmark (Mellemfolkeligt Samvirke) has published a new report in recent days entitled “The climate failure of the Danish pension sector”, criticizing the country’s pension funds for investing in companies that develop their fossil fuel capacity.

But in response to the report, Danish pension funds topping some of the report’s negative rankings said the report contained inaccuracies, failed to acknowledge nuances in the behavior of fossil fuel companies and failed to cover progress in the sector. pensions in terms of investment in the green transition. .

The NGO, which has also launched a searchable public database containing data on the sector’s fossil fuel investments, said it aims to induce the Danish pension industry and other investors to divest all fossil companies.

The report also presented several other rankings with different metrics, such as fossil fuel investments per member and as a proportion of total portfolio, in which the names of the pension funds appear in a different order.

The organization said in the report: “More than six years after the adoption of the Paris agreement and after many green promises and new climate policies, the 16 largest Danish pension companies continue to invest 46 billion of DKK (6 billion euros) in fossil fuel companies which are the main cause of the worsening climate crisis.

He said the 16 pension companies had invested in companies that, contrary to scientific advice and the goal of keeping temperature rises below 1.5C, were increasing their fossil fuel capacity, adding that the Pension providers had together invested DKK 22 billion in such an expansion.

“Pension companies cannot both call themselves sustainable and invest in fossil fuel expansion,” ActionAid Denmark said in the report.

Lægernes Pension, Denmark’s doctors’ pension fund, said the report showed it was among pension companies that had little investment in fossil fuels.

Peter Rasmussen, Head of Responsible Investments at Lægernes Pension, said: “The survey essentially confirms what we already knew”, adding that this was perfectly in line with the pension fund’s strategy and the wishes of its members.

But the DKK 108 billion labor market pension fund objected to the report naming it the one with the highest amount of fossil fuel investment per member, saying the amount should be considered against the fact that doctors had an average retirement savings which was more than DKK 2 million per member.

“So doctors’ savings are more than twice as large as average Danes’ pensions,” Rasmussen said.

He said the pension fund joined the UN Net-Zero Asset Owner Alliance in 2021, and the consequence of its new climate targets was simple: “If fossil fuel companies do not reduce their climate footprint in line with , there will be no room for them in our portfolio,” he said.

PensionDanmark’s ESG manager, Jan Kæraa Rasmussen, told IPE that if the pension fund was among those with the most fossil fuel investments in absolute terms, according to the survey, it was natural , given that it was one of the largest pension companies in Denmark.

However, in terms of investments per pension customer, he said that PensionDanmark only invested DKK 5,510 in fossil fuels, which was significantly below the industry average according to the survey, he said. declared.

“In terms of the proportion of the company’s total balance sheet, PensionDanmark will also not be in the top five companies with the most investments in fossil companies,” Keraa Rasmussen said.

He also said that NextEra – a US company counted by ActionAid among those expanding fossil fuel capacity or looking for new oil deposits – was the one in question in which PensionDanmark held the biggest position.

“Elsewhere, the company is often billed as the ‘US Ørsted’ and is undergoing a significant transformation of America’s electricity supply – half of it is now produced with low-emission technologies,” Keraa Rasmussen said.

At PFA, Christian Storm Schubart, Head of ESG, said: “In general, there is a significant difference in how fossil fuel companies approach the climate transition. This part does not appear in the categorization presented in the report.

It is factually incorrect that PFA invested DKK 4.7 billion in the coal industry, he said, because a large part of the pension fund investments mentioned in the report were utility companies, which also provided solar and wind power.

“Specifically, around 50% of our investment in the survey comes from utilities, which ActionAid Denmark describes as fossil companies.

“We have only just received the report and have not read it in depth, but this indicates that it is a poor basis of comparison,” said Storm Schubart, when asked by the IPE. answer.

He made a number of other points and said that PFA is committed to achieving zero CO2 by 2050 and, as a sub-target, to reduce CO emissions2 emissions by 29% by 2025.

“In oil and gas, we have reduced our holdings in two companies, both of which have ambitious plans for a green transition,” he said.

A Danica Pension spokesperson said the Danske Bank subsidiary was fully committed to supporting the transition to more green energy and meeting the Paris Agreement targets.

“We are in an ongoing dialogue with the respective energy companies to push and support them in transitioning their businesses to low carbon energy sources and we will continue to exercise active ownership as we strongly believe that it is the most effective tool to influence these companies to take action to reduce their dependence on fossil fuels in the future and participate in the green transition,” he said on behalf of Danica Pension.

2022-02-17
Previous Post: L&G to inject £2.5bn from pension funds into UK let-to-build projects | News
Next Post: What is Pension Credit and am I eligible? Guidelines and rights explained