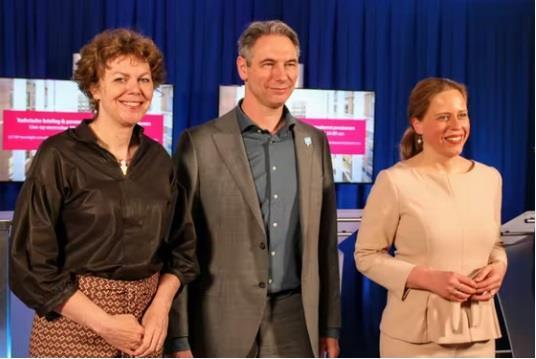 Dutch pension funds that want to make the transition to the new defined contribution (DC) system can immediately increase investment risk as they will no longer be required to hold buffers, according to the latest version of the new Dutch pension law. pensions.

Pensions Minister Carola Schouten presented the revised Pensions Act, which will cement the transition from a Defined Benefit (DB) system to a DC system, at a press conference in The Hague yesterday (Thursday).

It is not yet known when the law, which is due to come into force on January 1, 2023, will be discussed in parliament.

The revised law contained a number of changes from the concept that was sent out for consultation last year. Perhaps the most notable of these is the decision to allow pension funds to increase their investment risk once they have decided to move to the new CD system and determined the appetite for the risk of their members.

This is because pension funds no longer need to maintain large buffers as investment risks are transferred from pension funds to their members. As a result, pension funds will be allowed to change their asset allocation in anticipation of the situation under the new rules.

It was already clear that the new DC system would retain a series of collective features, the most obvious being the so-called solidarity reserve: a rainy day fund of up to 15% of the assets of a fund which should serve as a reserve collective dampen.

In the initial proposal, this cushion was reserved for pension funds that opted for the so-called “solidarity pension” scheme. This has prompted a request from several company pension funds who prefer that the more individual “flexible pension scheme” also be granted the option of a buffer.

Apothekers, the pension fund for pharmacists, is one of the few funds with compulsory participation to have so far opted for the flexible scheme. A survey showed that fund members have a preference for this.

The proposal to make the risk-sharing reserve mandatory rather than optional does not change the situation for the fund. Its chairwoman, Mariëtte van de Lustgraag, told the IPE: “Our members have signaled that they want to include elements of solidarity, so we are happy that the flexible arrangement has retained these characteristics.”

Opinion of the Council of State

The decision to include mandatory risk sharing in the flexible arrangement also follows advice from the Council of State, the highest advisory body to the government. He argued that pension funds could not maintain a mandatory participation requirement without any element of solidarity in their pension schemes.

Compulsory participation is considered a cornerstone of the Dutch pension system by the social partners, which they want to preserve at all costs in order to prevent competition on pension benefits by individual companies. As a result, only company plans and multi-sector voluntary plans will be able to adopt a clean, individual DC plan without a buffer.

The risk-sharing reserve cannot be used to redistribute wealth between different groups, which is possible under the solidarity scheme of the new pension law.