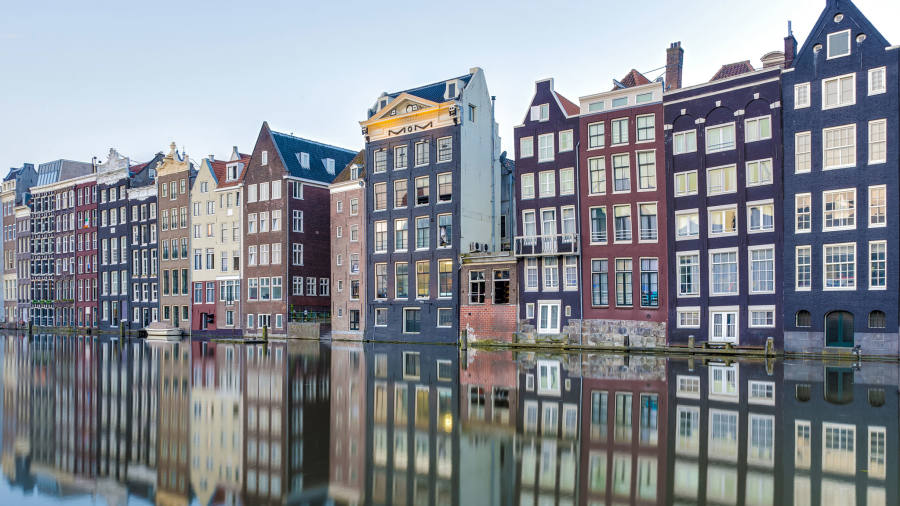 If you need a mortgage in the Netherlands, you may not be borrowing from a bank. Instead, it could be a private fund, acting on behalf of institutional investors, ready to lend you money for 25 years.

so called regiepartijen — funds that issue mortgage loans on behalf of institutional investors — are growing rapidly in the Netherlands. According to IG&H, the consultancy, they had a market share of around 10% of Dutch mortgages in the second quarter, compared to a tiny share a few years ago.

“We have noticed that there is growing interest from pension funds and insurance companies,” says Mr. Jaap van der Bijl, managing director of Syntrus Achmea Real Estate and Finance, which manages a large fund mortgage.

The fund “sits in the middle, collecting the equity from the pension funds and issuing the mortgages,” he says.

In the Netherlands, large insurance companies as well as banks have historically created mortgage loans. But the new funds, and their growing size, offer insurers and pension funds the opportunity to increase their role in a market for outstanding mortgage loans which weighed 634 billion euros in 2014.

“If you compare this investment with government bonds, you think hang in there. . . why am I not changing? said Mr. van der Bijl.

At the end of September, Syntrus Achmea announced an investment of 3 billion euros from PGGM, a major pension fund. Syntrus Achmea says its mortgage fund has grown from €2 billion to €5 billion over the past few years. New competitors in the Dutch market include Munt, Quion and Dynamic Credit.

Along with a push toward yield, fund growth is another front in attempts to spin off individual business lines from banks, which have traditionally been one-stop shops for financial services. Startups sought to use technology to win business, and pension funds began to use their capital to go after mortgage customers.

The regiepartijen Mortgage origination model, where financing is provided by institutional investors, differs from banking methods, which use deposit financing and debt raised in the capital markets. Long-term mortgage assets are well suited to the balance sheet needs of large investors, according to some industry observers.

After a dizzying fall in property prices in recent years, the Dutch mortgage market is booming. IG&H estimates there will be 60 billion euros in mortgage issuance this year, up from 49 billion euros last year. Analysts say regulators have pushed the home loan market toward longer-term fixes for mortgage rates.

“What’s happening is that the market is moving towards longer duration and so pension funds and insurance companies, and that’s not easy for a bank to overcome,” says Michiel Elich, partner at IG&H.

Mortgage funds are able to collect funds from institutions and quickly transfer them to consumers through an extensive network of brokers, a peculiarity of a market that is responsible for around 60% of the total loan amount. .

In addition to potentially reducing sales of bank mortgages, this trend represents an alternative to securitization. In Europe, mortgage-backed securities, a fixed income product backed by mortgages, are another way for insurers and pension funds to invest in mortgage debt.

MBS are usually issued by banks, which use them as a way to finance the origination of mortgage loans. In effect regiepartijen circumvents this process, allowing the vast sums controlled by institutions to reach borrowers more directly.

“The capital you must keep against [MBS] is very high and the yields are low, so people are looking for a recovery in the yield [via mortgages]says Arjan van Bussel, partner at financial advisory and investment firm Bishopsfield Capital Partners. “Because of the fixed long term, it helps pension funds and insurance companies in their asset-liability management.

Regulatory changes in the insurance industry under Solvency II are also changing the incentives for large investors. The securitization industry has been tightly regulated since its role in the financial crisis, with high capital requirements for investors holding these products.

“It really makes sense if you’re on Solvency II,” says M&G investor Patrick Janssen. “You have to put less capital aside for these mortgages than if you put them in a securitization.”

Mr van Bussel says these securities are nevertheless more liquid than the underlying mortgages, which he points out are neither rated nor quoted.

Ruben van Leeuwen, analyst at Rabobank, says: “The whole advantage of securitization is to make illiquid assets liquid. By investing in whole loans, which are quite difficult to trade, investors put more illiquidity on their balance sheets.

Banks still control the lion’s share of the Dutch mortgage market – only a “small puddle” of overall capital is represented by regiepartijen, according to Mr. van der Bijl. But buy-side mortgage origination may still have a long way to go, especially in a stable Dutch market.

“In the Netherlands you can’t return your keys,” he says. “The Dutch like to pay their mortgages.”