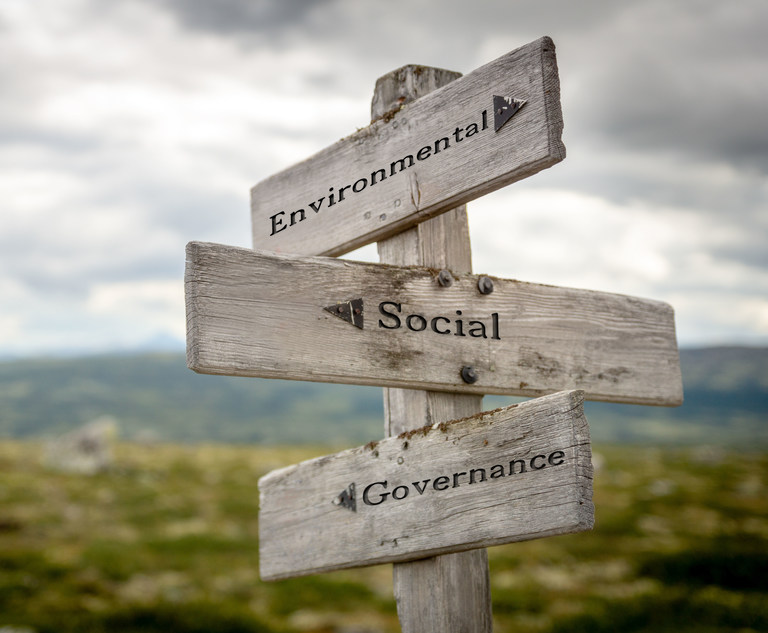 While the anti-ESG movement likely started the same day the ESG movement launched, recent proxy proposals and new legislation are forcing companies and asset managers to choose between relationships with state and local clients and increasingly stringent global ESG disclosure mandates. The sticky situation is likely to generate work for law firms and consultants, ESG lawyers and consultants said, but is unlikely to influence the behavior of institutional investors.

Last week, Florida Governor Ron DeSantis announced a plan to prevent Florida State Board of Administration (SBA) fund managers – who control about $250 billion between the state pension fund, the hurricane disaster fund and more than 20 other funds – to “consider ESG factors”. when investing state money.

And in March, the Texas state auditor sent letters to 19 major financial institutions — and sent more than 100 additional letters to publicly traded investment firms over the following months — saying it believed that ‘they were also boycotting fossil fuels. The state will divest from companies that admit to boycotts or fail to respond to questions, the comptroller said.

The fossil fuel industry is linked to the recent movement against ESG through public pension funds. And that movement could turn into an electoral bloc of like-minded states such as Texas, Arizona and Tennessee, DeSantis suggested at a press conference last week.

In April, the American Legislative Exchange Council drafted a model bill to boycott ESG initiatives in pension funds, providing states with a plug-and-play framework for drafting anti-ESG legislation. The Council is primarily funded by historical opponents of environmental regulation such as Charles and David Koch of Koch Industries and members of the John Birch Society.

When researchers from the Wharton School at the University of Pennsylvania studied the impact for municipalities after banks – which account for 35% of the national debt market – left Texas, they found that cities were paying between $303 and $532 million in additional interest on $32 billion. of bonds.

The latest wave of anti-ESG efforts by state governments is unlikely to significantly change the habits of institutional investors and pension fund managers, said sustainability adviser Reverend Kirsten Snow Spalding, but it will mean legal work.

“They will go to their lawyers and ask for clarification on how they report on these activities,” said Spalding, a former fiduciary advisor who now works as senior program director for the Ceres Investor Network, which advises more than 220 institutional investors with $60 trillion in assets on sustainable investments. “I don’t think we’re going to see dramatic changes in practice, but being very careful about how they articulate their policies will mean work for consultants and lawyers in the near future.”

However, current legislation may need to come to fruition before bans in Florida and elsewhere gain customer interest.

Fox Rothschild ESG practice co-chair Karen Davis said demand is growing in her practice, but not because of the anti-ESG movement. “There’s a growing demand for understanding ESG and climate risk, and companies are committed to pursuing those things,” Davis said. “I don’t see that changing. The trend is getting stronger. »

Large companies and fund managers are unlikely to comply with state or local mandates rejecting ESG for multiple reasons, according to ESG consultants and lawyers interviewed for this story.

For starters, ESG is becoming mandatory in the SEC’s climate risk and forced labor disclosure requirements. “A lot of things that were voluntary are now mandatory or about to become mandatory,” Davis said. “I don’t see what a state could do to dissuade a company from pursuing its ESG program.”

Trustees can also leverage research and data on ESG topics such as climate change and diversity to prove they have a meaningful impact on investment value. In Florida, fund managers could make the case for the materiality of climate change, Spalding said.

“Sea level rise is going to have an impact on property insurance. You would want the fund manager to consider environmental factors in this sector,” Spalding said. “No pension fund manager would say don’t do that – it would be bad for risk-related returns.”

If enacted, anti-ESG legislation like Florida’s proposal could put global asset managers in a difficult position as they prepare to comply with the European Union’s new taxonomy on disclosure. ESG risks, Spalding said. But given the balance of interests, pension recipients are more likely to lose. “Big asset managers want to do business in the United States and around the world,” Spalding said. “Restricting how they look at risk management and looking for opportunities will make it difficult for big funds to continue doing business in the US when they have a lot of business in Europe.”

And while the EU continues to outpace the US on climate compliance mandates, domestic institutional investors are also distancing themselves from previous generations’ narrower view of corporate responsibility and fiduciary duty, the Commission said. Executive Director Heidi Welsh of the Sustainable Investments Institute, a research firm for institutional investments. investors.

“Look at what companies are doing in terms of disclosing diversity data. Half of the S&P 100 already discloses race, ethnicity and gender by job category,” Welsh said. “Reality has moved significantly away from the paradigm expressed in Governor DeSantis’ proposed action.

2022-08-01
Previous Post: Should I quit my job, take my pension money and invest it myself?
Next Post: The new rules that will allow you to withdraw your pension money each year: what you need to know