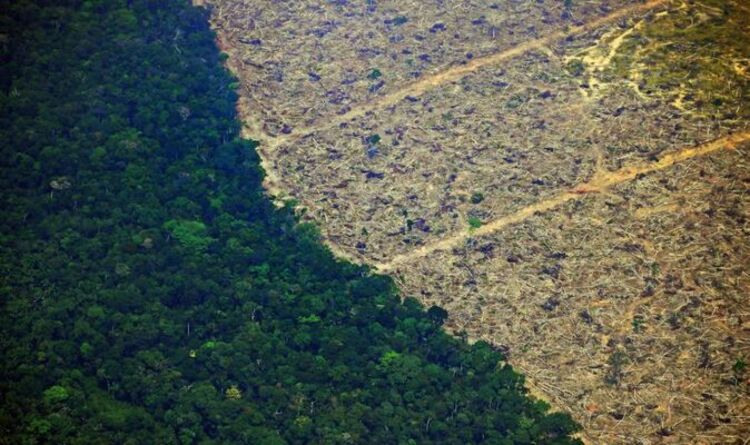 Its Make My Money Matter campaign has revealed that at least £300bn of UK pension funds are invested in businesses linked to the destruction of trees.

The creator of Blackadder wants to mobilize a “generation of savers” to realize the power of their pensions through a short film released today.

Richard, 65, said: “Deforestation is a human problem with real human impacts. This is why we wanted to capture the human reaction when the truth of our pensions is returned.

“Most importantly, however, there is also a human solution – for industry to take urgent action to reduce deforestation in our pensions.

“We hope this film will help show audiences exactly what our money could fund. We want to make sure our money helps protect nature, not destroy it.”

The Daily Express Green Britain Needs You crusade calls on everyone to do their part for the planet.

Richard’s film aims to expose the links between pensions and deforestation while highlighting savers’ lack of awareness about where their retirement money is invested.

In Britain, £2 out of every £10 invested in an average pension is linked to forest loss.

At least 30 football pitches of trees are cut down every minute around the world, figures show.

Richard added: “We call on the pension industry to once and for all reduce its investment in deforestation.”

There’s an old adage, “If a tree falls in the woods and no one hears it, does it really make a sound?”

Well, it has now become one of the most important issues on the planet as the catastrophic impacts of the destruction of our forests are felt around the world.

Deforestation accounts for around 15% of carbon emissions. Scientists have confirmed that the Amazon rainforest now emits more carbon dioxide than it can absorb.

Suddenly, forests are contributing to climate change. That’s why I’m part of Make My Money Matter, which is trying to take our pensions out of deforestation.

It is time for the sound of falling trees in the forests of the world to be heard.