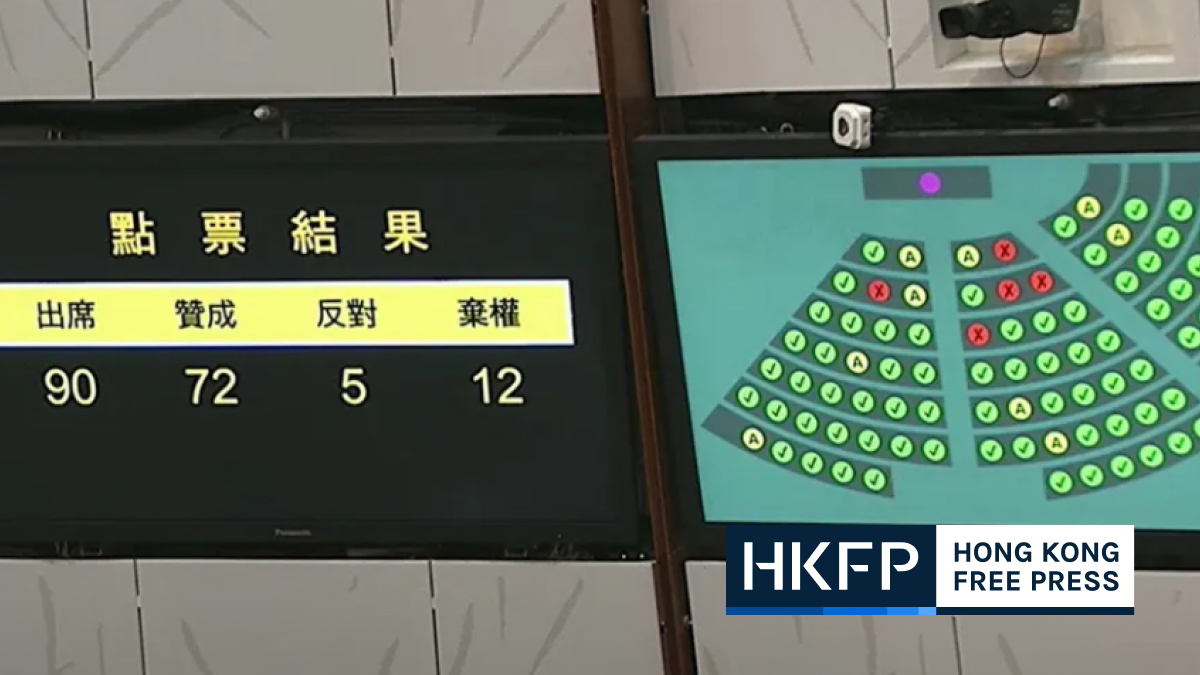 Hong Kong blocks companies from dipping into pension funds for severance pay, after 20 years of battle

From 2025, Hong Kong bosses will no longer be allowed to dip into a worker’s pension fund to make severance and seniority payments after lawmakers voted to ban the practice, following a a 20-year campaign led by trade unions.

The Legislative Council on Thursday passed a bill amending the compensation mechanism of the Mandatory Provident Fund (MPF). Payments to MPF or equivalent private schemes are compulsory for workers and employers, but employers can currently use their share of contributions to make these payments.

The five who voted “no” included pro-business lawmakers Shiu Ka-fai, Frankie Yick and Sunny Tan, as well as Paul Tse and Lee Chun-keung from the election committee sector.

Labor leader Law Chi-kwong met the press after the bill passed, thanking lawmakers and those who have contributed to the campaign in the past, including officials from the previous administration.

“The passage of the bill…is a historic moment and an important step in improving retirement protection for employees. Six and a half years after the public consultation on retirement in 2015, the legislative changes are now complete,” Law said.

Chief Executive Carrie Lam also welcomed the bill, saying in a statement that she championed the need to strengthen the MPF as one of the main pillars of the city’s pension protection system since she was chief secretary.

Debate over scrapping the compensation mechanism began soon after the MPF program was launched in 2000. Legislative efforts began this year after Lam included the proposal to scrap it in his policy speech last year.

Unions in Hong Kong, a rapidly aging society with only a modest, means-tested state pension, have long fought to scrap the compensation scheme, which has depleted employer pensions and in some cases left retirees too few to live on.

Before the bill went to a final vote, Shiu of the pro-business Liberal Party said workers could try in the future to get laid off so they could receive severance pay. He also warned of possible labor disputes.

“Many friends from the work sector told me that what I described would not happen…I hope their belief is right and mine is wrong,” Shiu said.

Federation of Trade Unions lawmaker Ng Chau-pei was one of many trade unionists who supported the bill, but regretted that it would not come into effect sooner.

“Workers are “bleeding” from the compensation mechanism. They are bleeding their hard-earned money,” Ng said.

According to the proposal, measures will be implemented as early as 2025, with the government providing employers with gradually decreasing subsidies over 25 years to compensate for the change.

2022-06-09
Previous Post: Pension Credit: Eligibility Criteria Explained – Are you one of the 770,000 Brits who don’t claim it | Personal finance | Finance
Next Post: Why are Canadian pension funds investing in sanctioned Chinese companies? – The Diplomat