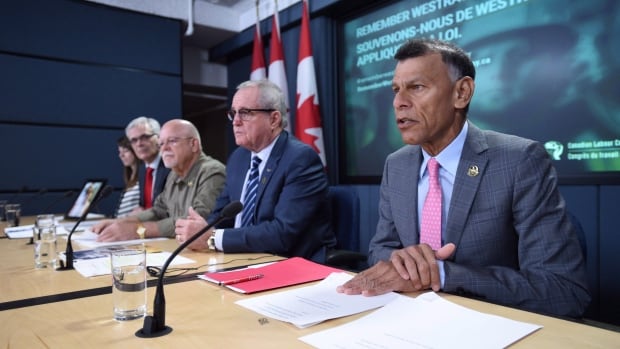 Millions of Canadians have pension funds abroad – without knowing it

But a CBC investigation based on the Paradise Papers leak found that millions of ordinary Canadians also have an interest in money parked in tax havens – almost certainly without knowing it.

30 years ago … they didn’t need to structure things across the Bahamas. We can come back to that, and retirees will get half of their pension– Jim Leech, former CEO of the Ontario Teachers’ Pension Plan

This revelation highlights a delicate dilemma. On the one hand, pension funds need to earn enough money to ensure they can pay benefits to an aging population, and using tax havens for overseas investments can improve results. But it raises questions about whether Canadians’ retirement money funds an offshore industry that compromises tax fairness and transparency.

High-profile overseas pension transactions include Highway 407 north of Toronto, in which the Canada Pension Plan Investment Board bought a 40 percent stake – in part by through an entity in Bermuda. Or the high-speed rail line from London, England, to the Channel Tunnel, which two Canadian pension funds held until the start of the year through a shell company in Jersey, a tax haven in the Channel Islands. .

None of the pension plans would say exactly how much of their income is generated by investing in tax havens. In response to questions from CBC, almost all pointed out that Canada does not tax pension plans on their investment income, so their use of tax havens makes no difference in the coffers of the federal or provincial government.

But other countries have different tax rules, and some Canadian pension funds have recognized that overseas investment structures help them legally minimize their overseas tax burden. Some even said it was their duty to do so in order to maximize the savings available to retirees.

“We structure our investments abroad to maximize the after-tax returns on investments available to CPP contributors and beneficiaries,” the Canada Pension Plan Investment Board (CPPIB) said in a statement, noting that 85% of its assets are located abroad.

“The CPPIB has a responsibility to over 20 million contributors and beneficiaries to seek a maximum rate of return to help maintain the CPP fund for generations. “

A former senior pension executive said that even if Canada’s major pension funds invested almost all of their assets in the country, it would be impossible to do so today while generating the profits needed to pay benefits. decent.

“Thirty years ago, when all of the investments were made in Canada by these pension plans, they didn’t need to structure things across the Bahamas,” said Jim Leech, CEO of the Pension Plan. Ontario teachers from 2007 to 2013. “We can go back. to that, and retirees will receive half of their pension. “

That doesn’t resonate with Hassan Yussuff, the president of the Canadian Labor Congress and one of Canada’s most important voices for working people. Yussuff said Canadians’ pensions simply shouldn’t be invested in tax havens because of their notoriety as tax evasion epicenters.

“We want the tax system here to have credibility,” he said. “This is absolutely unacceptable in view of what we expect from pension funds, in terms of their ethical investment.”

The federal government has repeatedly stated that it wants to make the tax system fairer – in part, according to the finance ministry on its website, by working “to end the use of tax havens.”

Tax havens: how they work and why they are a problem

Tax havens and offshore accounts and trusts are used by the world’s wealthiest to legally avoid paying taxes. Here’s how they work and why they’re a problem 2:59

Yussuff said it was contradictory to continue to promise tax fairness and transparency while, simultaneously, the CPP – the federal pension plan – is entangled in some of the tax havens that are the targets of fairness campaigns and of fiscal transparency.

Canada’s largest pension funds have grown significantly in recent years to provide benefits to a growing proportion of retirees. The Big 8 plans alone are now worth more than $ 1,000 billion, and agencies like the CPP Investment Board, Ontario Teachers, and the Caisse du Quebec are among the biggest institutional investors in the world.

Pair this demographic trend with the historically low interest rates on government and corporate bonds in Canada since the 2008 financial crisis, and pension fund managers have had to look outside the country for returns on investments to support retiree benefits, analysts said.

And this has often resulted in the use of tax havens.

Fund managers “have to fund these pensions in a very difficult economic environment,” said Chris Roberts, director of economic policy at the Canadian Labor Congress.

He said that as a result, many CLC members have “mixed feelings about what their pension funds are doing, on the one hand, but also feel, ‘Will my pension be there for me? Also ?

2017-12-19
Previous Post: 4 ways to withdraw your retirement money: which one to choose?
Next Post: Millions of Canadians Have Pension Funds Abroad – Unknowingly: Report