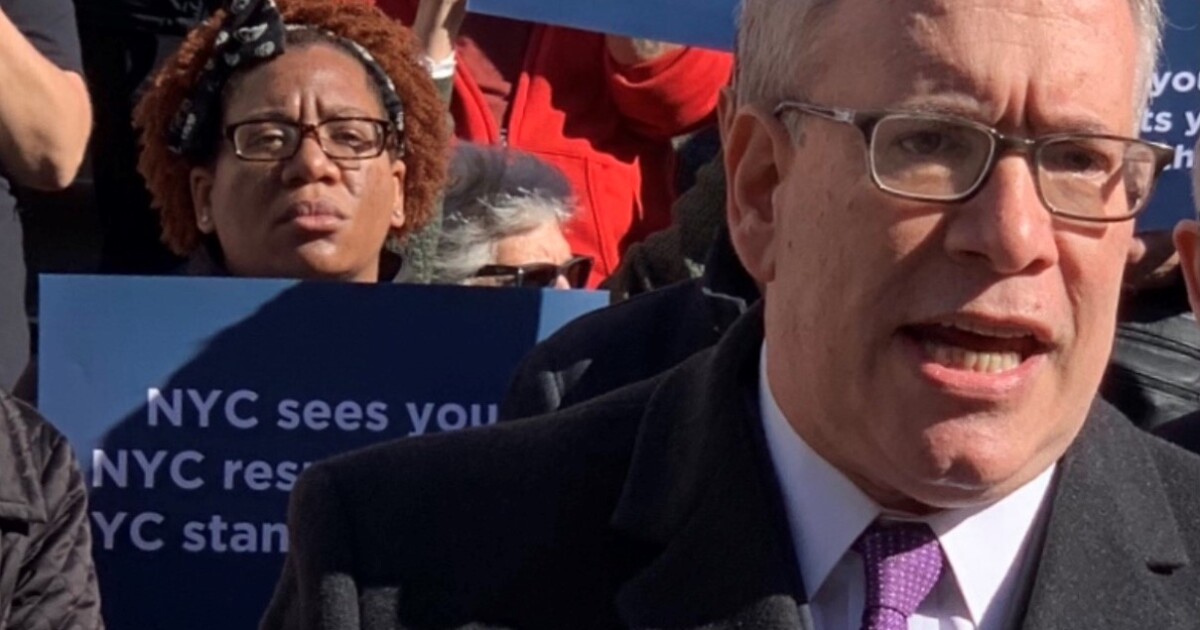 “Today is a major victory for our planet, our children and our retirees,” Stringer said in a statement. “The successful $3 billion divestment from fossil fuels is proof that environmental and fiscal responsibility go hand in hand.”

The city has five pension funds.

So far, NYCERS and BERS have completed the process of disposing of approximately $1.8 billion and $100 million of securities, respectively.

The divestment by the Teachers Retirement System (TRS) is currently underway, having disposed of over $1 billion so far. Shares of the funds are expected to be completed in the first quarter of 2022, with approximately $1 billion remaining to be disposed of.

The other two funds of the city are not involved in the action of disinvestment: the pension funds of the police and firefighters.

“This $3 billion divestment, along with our billions in investments in climate solutions, accelerates our transition to a green and just economy and advances a climate-friendly future for generations to come,” de Blasio said.

In January 2018, the directors announced they wanted to divest themselves of the fossil fuel reserve companies within five years, an action they said was consistent with their fiduciary duty.

The systems have hired independent investment consultants who have studied the risks posed by fossil fuel companies. The sale aims to address the significant financial and environmental risks that these fossil fuel holdings pose to the funds. The securities to be sold have been identified on the basis of the demonstrated risk related to fossil fuel reserves and commercial activity.

Since the 2018 announcement, hundreds of other municipal governments and entities have joined the city’s efforts.

In October, Stringer and the pension plan trustees announced a goal to achieve net zero greenhouse gas emissions in their investment portfolios by 2040. This includes a goal to double investments in solutions to climate change, such as renewable energy and green real estate, to more than $8 billion. by 2025 and achieve more than $37 billion in climate solutions investments by 2035 across the three funds.

“New York City is leading the way toward a clean, green, and sustainable economy, and the impacts of the actions we announce today will be felt for generations to come,” Stringer said.

On Wednesday, de Blasio signed a law that mandates phasing out the use of fossil fuels in new buildings in the city and accelerating the construction of all-electric buildings.

“New York City is proof that it is possible to end the age of fossil fuels, invest in a sustainable future, protect public health and create well-paying jobs,” said de Blasio.

The law sets restrictions on the use of fossil fuels in newly constructed residential and commercial buildings by phasing in strict emissions limits from 2023. Buildings of all sizes must be built to be fully electric by 2027 .

“For me, it’s a very personal moment. This will be the last bill I’ll sign as mayor and I can’t think of a better one,” de Blasio said.

De Blasio was resigned for a limited period. Democrat Eric Adams won the November election and will be sworn in as mayor on January 1, 2022. Stringer was also given a time limit; Brand Lander becomes controller in January

Also Wednesday, the four finalists were chosen as part of the city’s initiative to establish a Global Center for Climate Solutions on Governors Island.

The mayor also announced that the city would invest $420 million to accelerate the timeline for an all-electric municipal fleet. This includes purchasing more than 1,250 electric vehicles in 2022 and installing at least 1,776 fast chargers by 2030.

New York City is one of the largest issuers of municipal bonds in the country.

Separately, the New York State Common Retirement Fund announced last week that it would invest $2 billion in an index focused on reducing climate change risk and capitalizing on opportunities arising from the transition to a climate change economy. low carbon emissions.

State Comptroller Thomas DiNapoli, administrator of the fund, said it was part of the climate action plan announced in 2019 with a goal of net zero greenhouse gas emissions by 2040.

Earlier this year, DiNapoli announced $800 million in three new investments under the SICS program to which it has committed $20 billion. To date, the fund has allocated $15.3 billion of this global commitment. This was the third passive domestic investment under the program.

The New York State Common Retirement Fund is the third largest public pension fund in the United States and has assets of approximately $255 billion.