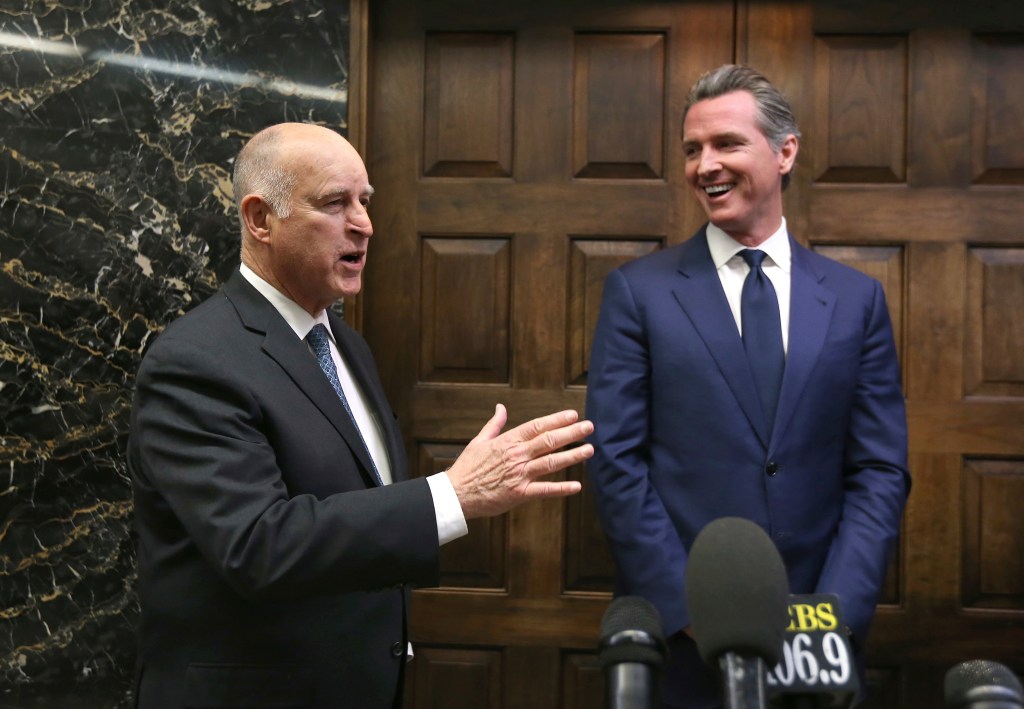 Click HERE if you are unable to view the gallery on your mobile device.

If credit card payments were straining our budget and our wealthy aunt suddenly left us with money, most of us would use this windfall to pay off our debt. It would certainly be the responsible thing to do.

The California government shouldn’t be any different.

That’s why Governor-elect Gavin Newsom should resist the temptation to spend a so-called state budget surplus on new programs and instead cut the growing debt for public employee retirement costs.

Newsom will inherit a whopping $ 257 billion shortfall in state employee pension and health care funds and schools. This is money the state should invest now so that there is enough future funds to pay for the benefits workers have already earned. The longer the government waits to repay this debt, the higher the cost to taxpayers.

Despite Gov. Jerry Brown’s claim to be a pension reformer, the state’s pension debt grew during his eight-year tenure. To be fair, he established debt repayment schedules, but those schedules spread the cost over 30 years, leaving future generations to pay for the sins of their elders.

To put the size of the debt into perspective, it’s almost double the annual tax revenue of the general state fund. Or, for the scale using one of Brown’s other legacy goals, the retirement debt is about three times the current cost estimate for building a high-speed rail system from Anaheim to San Francisco.

So when state legislative analyst Mac Taylor gushed earlier this month that the state’s annual budget was “in good shape” with a projected surplus of $ 15 billion for the next fiscal year. 2019-2020, we had to question this characterization.

The only reason there’s a surplus is because Brown has kept retirement debt payments low by irresponsibly stretching them for decades.

This is especially appalling when you consider that this debt is for the benefit costs for workers have already performed. We wouldn’t consider borrowing to cover their wages, but somehow it became acceptable to make decades of installment payments on their benefits.

This is unfair to workers, who deserve stronger funding for pension systems. It is unfair to the next generation of taxpayers, who will be struggling with debts incurred by their parents. And it is disappointing that the legislative analyst has accepted this masquerade.

Newsom, when he takes office, should not perpetuate it. It should do what any responsible household would do: use the “surplus” to reduce debt.

As Brown repeatedly warns, we are late for another recession, but right now the state’s revenues are strong. Now is the time to pay off that credit card.