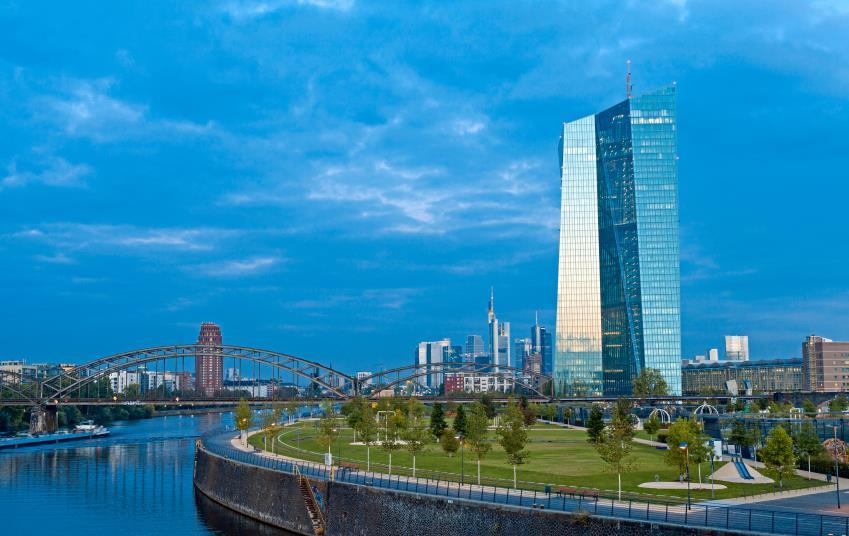 Nordic pension fund investment managers say they expect the European Central Bank (ECB) to tighten monetary policy as its US and UK counterparts have already hiked rates, after the outbreak of war in Ukraine exerted upward pressure on inflation.

In a blog posted on March 13, Jesper Rangvid, professor of finance at the Copenhagen Business School, said the Ukraine crisis had now contributed to raising inflation even further and argued that the ECB should tighten monetary policy.

Inflation has been very high for many months and the contribution to it of the “horrible” situation in Ukraine has left the central bank with a new dilemma, he said.

The aftermath of the war threatened economic recovery in Europe, but if monetary policy was expansionary when inflation was already high, Rangvid said, inflation expectations rose, potentially causing developments similar to those in years 1970.

“Even though there are dilemmas, I think the ECB should tighten monetary policy,” he said.

Citing Rangvid’s view, IPE asked pension funds across the Nordic region for their views on the current inflation situation, following the Russian invasion of its neighbor in late February.

Magdalena Högberg, head of strategic allocation and quantitative analysis at AP4 in Sweden, said: “The Ukraine crisis has certainly increased the likelihood that inflation will stay high for longer and we are likely to see lasting effects on, for example, food and energy prices. ”

While the Fed had already started raising rates, it said the SEK 528 billion (€50.6 billion) national pension reserve fund believed the situation facing the ECB was different with a weaker recovery and high energy prices affecting the economy.

“While we believe the ECB is likely to raise interest rates to zero, further tightening remains unlikely this year,” she said.

The ECB announced on March 11 that it would reduce its bond-buying programs over the coming months, although last Thursday, according to Reuters, ECB President Christine Lagarde told a conference in Frankfurt that the bank would not be in a hurry to raise interest rates.

In the United Kingdom, the Bank of England decided on Thursday to raise its key rate to 0.75% against 0.5%.

In Denmark, Sampension CIO Henrik Olejasz Larsen noted that inflation was on the rise, particularly in the United States, but also to a lesser extent in Europe.

“The war in Ukraine will in the short term increase supply frictions, especially in commodity markets, and therefore inflation,” he said.

Meanwhile, in Finland, Kari Vatanen, CIO of pension insurance company Veritas, said inflation has been surprisingly on the upside for several months now and the war in Ukraine will even push it higher than before.

But he said: “Underlying inflation figures have been quite subdued in Europe and it is quite unlikely that we will see huge wage inflation in this environment.”

“In fact, the ECB’s monetary policy was very supportive for over a decade, but we didn’t see inflation before this crisis,” he said.

Commodity-driven inflation would only decline when the supply and demand ratio changed, and that would take a long time for food and energy, he said.

“Perhaps the ECB has no choice but to tighten monetary policy – this will hurt economic growth first, and inflation will come down much later,” Vatanen said.

As for Veritas’ strategy, he said the pension provider had prepared for higher rates by lowering the interest rate sensitivity of our fixed income portfolio.

Potential problems could arise in equity and alternative portfolios, he said, if rapidly rising rates were to have a dramatic effect on the valuations of any risky asset.

“We are actively looking for potential places if rates, credit and equities suffer at the same time,” he said, adding that certain factors and systematic strategies could be useful in this type of environment.

In Norway, Harald Koch-Hagen, senior vice president of risk management and allocation at KLP, said the Russian invasion of Ukraine had caused shocks to energy prices, which could contribute to accelerating the price-wage spiral.

“With high inflation, falling unemployment and fairly healthy GDP growth in the eurozone, we wouldn’t be surprised if the ECB signaled tighter monetary policy,” he said.

In the United States and Norway, central banks had already started raising rates, he observed.

Regarding KLP’s strategy, Koch-Hagen said: “We have not made any changes to our overall investment strategy, but operationally our portfolio managers are making tactical adjustments to adapt to the current situation. ‘evolution of the macro environment.’

“We are finding real strengths to be attractive in these economic conditions and continue to seek new opportunities,” he said.