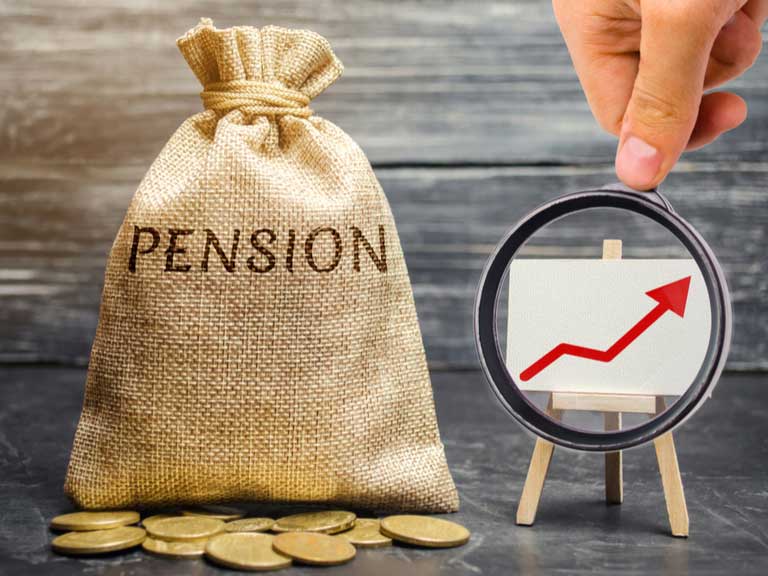 If you are a low-income couple – married or not – now is the time to think about claiming some extra cash to boost it. Only half of the couples who could get the extra money each week actually claim it. And a major rule change on May 15, 2019 could mean some couples are no longer eligible.

Who can claim now?

The extra money is called a pension credit. This is a means-tested benefit that supplements your low income in fixed amounts. For a couple this amount is currently £ 248.80 per week, but rises to £ 255.25 from April 8. The pension credit will supplement your income up to this amount.

For couples where one partner has reached retirement age before April 6, 2016, the amount may be higher – up to an additional £ 13.55 per week. If you have savings of more than £ 10,000, your pension credit will be reduced. The savings are assessed jointly.

For a couple to be eligible at the moment, only one of them must be over the legal retirement age – currently around 65 ¼. So a 70-year-old with a 62-year-old partner, who has between them an income of less than £ 248.80 per week, is eligible for this aid. However, the latest figures show that only half of the couples who could get this extra help are actually asking for it. These 360,000 couples are missing an average of £ 41 per week from their income.

If you think you could be in this position, claim now because from May 15th the rules change.

From May 15, 2019, any couple claiming a pension credit for the first time will only be eligible if both partners are over the legal retirement age. So a couple one of which is 70 and the other 62 would have to wait until the younger partner reaches state retirement age – which will be on their 66th birthday in 2023 – when the older partner would be 74 years old.

John befriended Meg who is 62. In July of this year, Meg, who claims a Jobseeker’s Allowance, decides to move out of her rented apartment and move in with John. The new rules will apply and they will not be able to claim a pension credit because Meg is four years under the state’s retirement age. Worse yet, John will lose his pension credit as a bachelor – which he is no longer – and the couple will have to live solely on his state pension of £ 135. It’s £ 32.25 a week less than she was living on her own and Meg will no longer get her Jobseeker’s Allowance of £ 73.10 a week leaving them over £ 100 in a worse situation .

They can claim a working age benefit called Universal Credit, but that assumes that a working age couple can live on £ 115.13 a week and John’s income is already above that. John may also find that he receives less help with his council tax depending on where he lives.

The new rules will not apply to couples who already receive pension credit as a couple before May 15. They will not apply either if the couple receives the increased rates of housing allowance – for rent assistance – before this date.

How much money could this save the government?

The Ministry of Work and Pensions refuses to say how many elderly couples will be affected or how much this decision will cost them – or even how much money it will save the government. Here are my estimates.

The average amount paid in pension credit to a couple whose oldest partner is exactly 65 was £ 99.08 per week in May 2018 and will be slightly more from April. More than 13,000 couples are in this situation and will all have claimed recently. The age difference between married couples is usually between three and four years. We can therefore assume that the annual loss for a typical couple will be around £ 5,300 – a total of £ 19,000 until the youngest reaches retirement age. The saving for the government would be around £ 70million in the first year, rising to over £ 200million a year after four years as new generations of couples break the rules. These are my estimates. When I have official figures, I will post them here.

Of course, the government is not saying it is making the switch to save money. Rather, it says, “It restores fairness by ensuring that only people who have reached retirement age can access retirement age benefits.” But that will hardly reassure retirees like John, who will be denied “retirement benefits” until the age of 74.

Anyone who thinks they can apply for a pension credit – singles who currently earn less than £ 163 per week or couples with a combined income of less than £ 248.80 per week – should apply now.

In total, over a million could claim, but don’t. Savings of over £ 10,000 will reduce what you get. Couples must file a claim by May 15 to make sure they are not affected by the new mixed age rules.

Low-income people who are past retirement age and enter into a relationship with someone below retirement age should get started, move in together, and claim before May 15th!

Go to Self-employed age and search for ‘pension credit’.