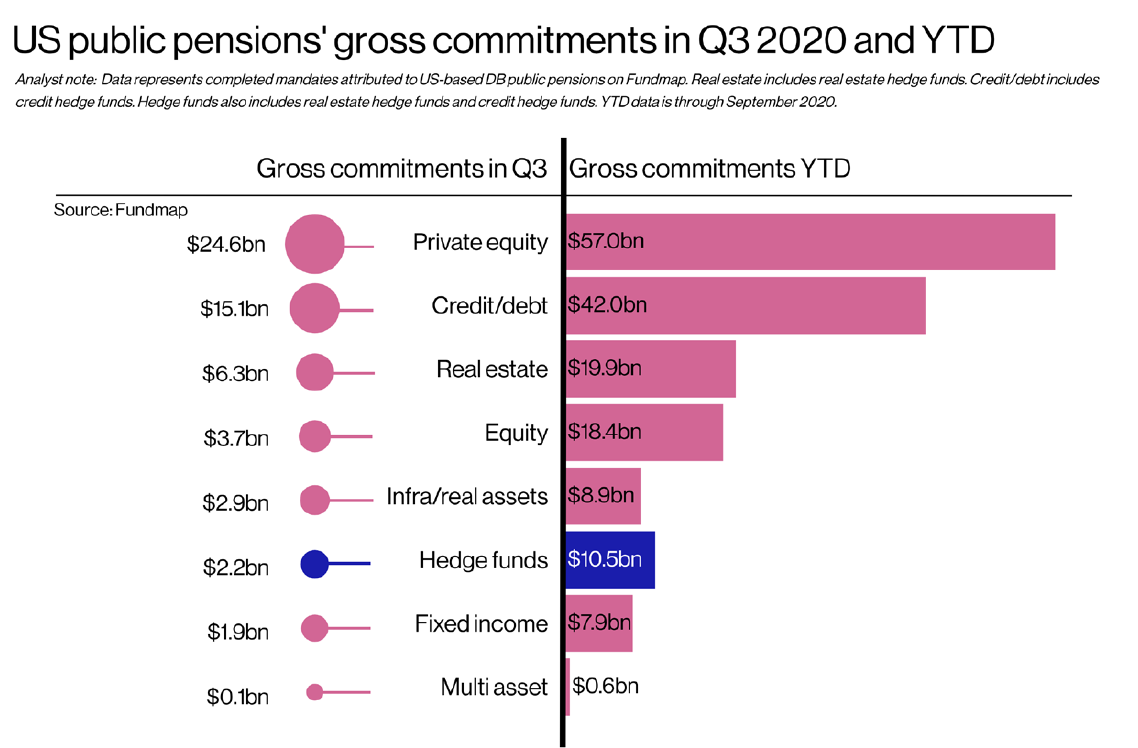 Investor sentiment towards hedge funds improved in the first part of the year, but pension funds remain cautious about them, according to a recent report. Pension funds only added to hedge funds they had previously invested in or were familiar with.

According to a report by HFM Insights, US public pensions invest mostly in credit and real estate, which accounted for more than 40% of the $2.2 billion in gross hedge fund flows in the third quarter. The company also saw quarter-over-quarter declines in the total value and number of hedge fund commitments to pension funds during the quarter. HFM said a second wave of hedge fund top-ups had not materialized.

The firm also found that more than twice as many hedge fund managers were fired by public pensions as were hired in the third quarter. However, the second quarter was strong for hedge fund retirement allocations, meaning the industry is up in terms of 15-year-old hires to date.

Interestingly, even though the California Public Employees Retirement System (CalPERS) rejected hedge funds, California was still the top US state in terms of the value of retirement hedge fund warrants at $853 million. HFM also said a third of institutional investors in North America view hedge funds more favorably now than they did at the start of the year. Only private debt saw a larger increase in favorable opinions.

Hedge funds ranked sixth on the list, even below infrastructure and real assets, with $2.2 billion in gross commitments during the quarter. However, hedge funds beat fixed income and multi-asset commitments.

HFM Insights found that private equity continued to gain momentum this year in terms of allocations to pension funds. Between the second and third quarters, pensions increased their commitments to private equity by $10.4 billion.

However, looking at hedge funds as a whole, there was a quarter-over-quarter decline of $1.7 billion in pension liabilities. HFM said repos also sent smaller checks to hedge funds during the third quarter. Additionally, the company said their interviews conducted during the second quarter indicate that most new allocations to hedge funds have been and will continue to be add-ons to funds in which repos are already invested.

Michelle Jones is editor-in-chief of ValueWalk.com and has worked on the site since 2012. Prior to that, she was a television news producer for eight years. She produced the morning news programs for NBC affiliates in Evansville, Indiana and Huntsville, Alabama and spent a short time at the CBS affiliate in Huntsville. She has experience as a copywriter and public relations expert for a wide variety of businesses. Email him at [email protected]

© 2020 Benzinga.com. Benzinga does not provide investment advice. All rights reserved.