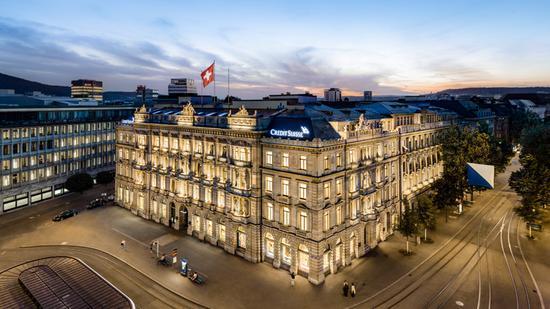 The Ethos Foundation, along with seven other Swiss pension funds, are pressuring Credit Suisse to set up a special audit to look into the Greensill case and the information leaks that revealed the bank had suspected criminals, autocrats and war criminals as clients.

Separately, ShareAction, which coordinates a climate change-focused shareholder resolution at the bank, said shareholders are moving forward with the resolution after Credit Suisse made minimal concessions in response (see more below).

The shareholders’ resolution calling for the special audit is now on the agenda for the bank’s annual general meeting on April 29.

The board of directors of Credit Suisse had commissioned an independent external investigation into the SCFF from the law firm Walder Wyss and Deloitte.

The results of the investigation were presented to the board of Credit Suisse and a report was shared with financial watchdog FINMA, the bank said, but it decided not to publish the report for fear of affect the recovery of funds.

“While we understand that releasing the full report may raise confidentiality issues, we believe that shareholders are entitled to know the main findings of this investigation as well as the steps that have been or will be taken to prevent such cases will not recur in the future. future,” said Vincent Kaufmann, CEO of Ethos.

Credit Suisse agreed to answer questions posed by Ethos about Greensill and Credit Suisse “secrets” and publish them before the AGM, but no agreement was reached on the mandate of a third-party auditor to verify certain details, which would have prompted shareholders to withdraw their request for the establishment of a special audit process.

Credit Suisse has ruled out a discharge of responsibilities of the members of the general management at the general meeting in connection with the funds of the supply chain.

However, he cited “the ongoing recovery process” for SCFF, legal and regulatory complexities, as a reason to view a special audit on Greensill and Credit Suisse secrets as “prejudicial”, he said. .

The board therefore recommended that shareholders not approve this specific proposal, he added.

An anonymous whistleblower leaked data about Credit Suisse secrets to the Süddeutsche Zeitung. The leaks claimed that for years the moneylender had criminals, corrupt autocrats, suspected war criminals, human traffickers and drug dealers as clients. Credit Suisse has denied the allegations.

In its AGM notice released yesterday, Credit Suisse said it recommends shareholders vote against the shareholder resolution on climate change put forward by Ethos, ShareAction and others. The board said it supports the proposal’s objectives and strategy disclosure, but in its view, these disclosures do not require a bylaw change.

He also said he had decided to introduce new restrictions related to funding for oil sands, Arctic oil and gas and deep-sea mining, and would offer an advisory vote on his report. sustainable development to shareholders in 2023. He also said that an amendment to his articles of association would become necessary next year, anyway, due to new Swiss rules, so that shareholders can vote on certain non-financial reports from the 2024 GA.

In a response, ShareAction said the bank was delivering “significant advances reflecting the positive influence of shareholders and the bank’s willingness to listen”, but commitments remained insufficient for investors as they did not cover major financings. and the bank’s high risk exposures. carbon assets.

Shareholders are keeping their climate resolution on the ballot, ShareAction said.