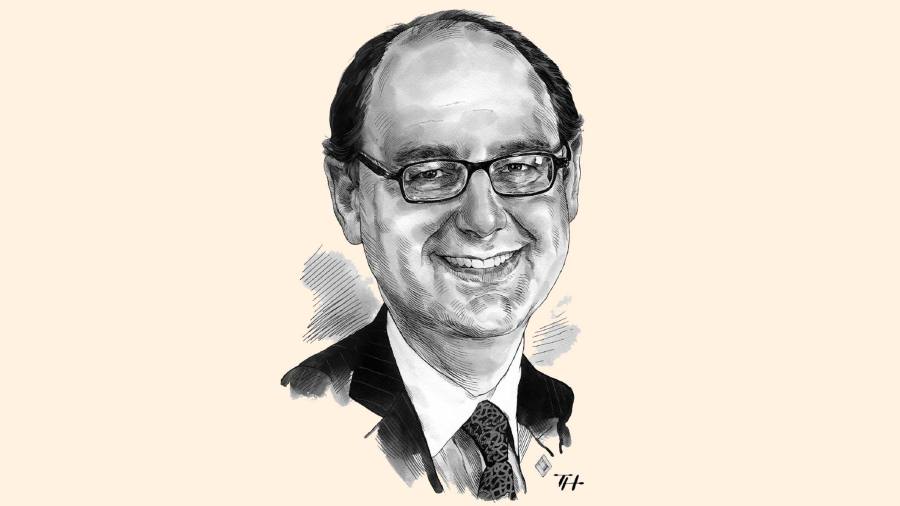 “The pitch was: New York City has $100 billion in pension funds”

Larry Schloss, the low-key private equity expert who protects the pension money of New York police officers, firefighters and teachers, is quietly searching for a successor. But persuading former Wall Street colleagues and acquaintances to consider the job remains a quixotic crusade.

“I had a snack or two, but it’s unbelievable how many people don’t want to work in government. It’s too bad,” says Schloss, who holds the title of New York City Chief Investment Officer. “My time here has been spectacularly interesting.”

Mr Schloss’ three-and-a-half-year term as head of the city’s five public pension funds comes to an end early next year, thanks to the decision of his boss John Liu, the city comptroller, to enter the race to succeed Michael Bloomberg as mayor. Mr. Schloss, a self-declared independent, has no allegiance to former state governor Eliot Spitzer or Scott Stringer, the two Democrats vying to replace Mr. Liu.

Soon, the 58-year-old plans to leave his humble office in the municipal building across from City Hall where the air conditioning unit is leaking and return to the private sector, where he is basking in success. (He put in place diamond castle, a private equity firm, after a 22-year stint at DLJ, where he became chairman of the group’s investment bank and a shorter period leading Credit Suisse’s global private equity business First Boston.)

Indeed, it was Bill Mulrow, a former DLJ student who then worked for Mr. Liu, who called in 2009 to see if Mr. Schloss would be interested in managing the pension fund for a few years.

“I don’t know anything about politics. I have no political aspirations or political leanings at all. I had never met John Liu,” the outspoken Queens native says.

“The pitch was, ‘New York City has $100 billion in pension funds. It is the fifth largest public pension fund in the United States and it has not been particularly well managed. You can come for two or three years and try to have an impact… You’ll meet all these interesting people in government. Then you can go back to your life”.

His initiation into government was a baptism of fire. When he arrived in 2010, the average annualized return over 10 years of the City’s five workers’ pension funds was 2.3%, while the funds’ actuarial assumption was 8%.

“Something was wrong,” he said. Mr. Schloss and his small team therefore undertook to modify the fund’s asset allocation, which had not been modified for five years, as well as its investments.

Mr. Schloss admits that the strategy is not foolproof and that rising interest rates will reduce debt yields. “My successor will have work to do when rates go up.”

At a glance, Mr. Schloss’s efforts to turn the tide from his Spartan command and control center appear victorious. The funds’ assets have grown from $100 billion to $140 billion since he took control, making it now the fourth-largest pension fund, and they have returned 12.3% on average over the year to June.

Teachers tend to make more conservative investment choices than police and fire departments, clinging more tightly to passive stocks. Mr. Schloss was able to convince trustees of police, fire and municipal employee money to invest up to 5% of their holdings in hedge funds. In all five funds, more money was invested in emerging market equities as well as floating rate leveraged loans, private equity and real estate.

But problems still rumble beneath the surface. And some of them seem hard to fix.

New York’s retirement system looks archaic compared to more advanced peers in the field. First, there are five separate funds: one for teachers ($50 billion); another for firefighters ($9 billion); a third for the police ($30 billion); a quarter for municipal workers ($48 billion); and, finally, one for people who work in schools but are not educators ($3 billion).

Each syndicate employs its own administrators, although the groups share around 90% of the investments. Much to Mr. Schloss’ chagrin, a proposal to merge the five investment committees into one to cut costs failed, thanks to political undercurrents.

Another pitfall is that unlike peers such as Calpers and Calstrs, California’s two big pension funds, the city’s pension group outsources all of its investments to BlackRock and 324 other money managers. It therefore only invests in funds. “So we’re paying everybody a fee… It’s kind of strange that New York City, the financial capital of the world, is outsourcing all of its investment management to fund managers,” Mr. Schloss. “You’ll save money on the margin if you do it in-house. The key is not to give up on returns.

He adds, “We have $140 billion in assets and we don’t own a single property because it’s all in funds…I think we should own buildings and save on fees and do joint ventures with people.”

Bringing people on board to handle the money is also a tedious process, partly because of rules introduced years ago after a corruption scandal. While the time it takes to hire a manager has been cut to nine months from around 17, the rules are the same the city uses to “buy school buses and pencils,” Schloss notes.

Mr. Schloss complains that he does not pay his staff well. The average person who works in the office of investment management in New York makes $100,000 and must live in one of the five boroughs. “It’s not enough,” says Schloss. “If you come out of Harvard Business School and get a starting job at a bank, you get a couple hundred thousand dollars.”

Mr. Schloss leaving work seems bittersweet because he had such a pleasure in it. He’s not pushing for a second act at the municipal building, but he argues that the unspoken rule that the new comptroller brings his own chief investment officer goes against investors’ interests. “It’s not the right way to handle money,” he concludes. “If you look at some of the other public pension funds, you’ll see that the chief investment officer is more of a staff job, and the investment office group remains, regardless of who gets elected.”

Staff 107, with 37 investment analysts and 70 back office staff

2013-09-08
Previous Post: “The pension money invested in bullion is ‘peanuts’ … for now”
Next Post: SF board decides not to hand over pension money from fossil fuel companies