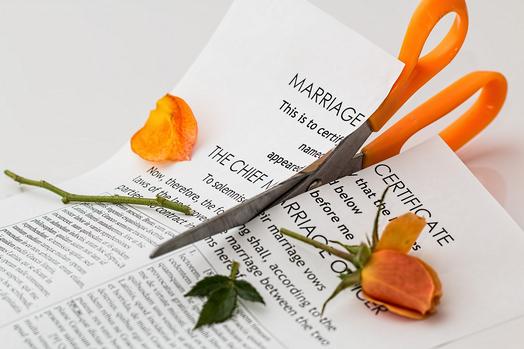 Pretoria – A Limpopo woman whose husband divorced after 35 years of marriage has lost her legal offer not to share her pension of over R 2.8 million with him.

The woman, who cannot be identified because her claim in the Polokwane High Court is part of a divorce action, has requested an order ordering her “cheating” former husband to forfeit 50% of her money. pension.

The parties were married in community of property and the husband was therefore entitled to half of everything. But the woman said his behavior, which she said led to their eventual divorce, should be condemned by ordering him to give up his share of his pension fund.

The court, however, ruled against the wife and ordered the husband to receive his share. This was because the woman had known about her alleged infidelity for about a decade, but she chose to ignore it.

The woman, a retired teacher, testified that she and her husband were married in community of property in 1985. She said that upon her retirement from active service in 2019, she received a lump sum pension of R2 840 000

According to her, her husband should lose his share, because of his “fault”.

She testified that her request for forfeiture was based on the misconduct of the respondent (the husband) and the circumstances which led to the breakdown of the marriage.

She said the problems with their marriage started in 2007, when her husband started having an extramarital affair with one of his employees. She realized this after someone called her and told her about the matter.

According to her, she and her husband would argue from time to time about her affair.

She confronted him about it at the time and told the court that her husband then assaulted her by biting her finger.

The woman said since that incident things had gotten worse and they eventually decided to see a marriage counselor together.

“During the session, he told the counselor that this extramarital affair is something that is in him. He also said that if there is a man who does not have a mistress, that man is a fool, ”the wife told the court.

She told her husband at the time that she was adamant that they should remain husband and wife, but that they would not share marital rights or be intimate with each other until that he told her that he was “tired of having mistresses.”

But things haven’t changed, she said, as she sometimes surprised her husband and mistress in his parked car.

She also discovered that he had given her mistress part of the herd of cattle that she and her husband had accumulated over the years.

The husband, meanwhile, denied having had an affair and said the woman his wife claimed to be his lover was simply a business associate to whom he occasionally gave business advice.

Regarding the missing cattle, he said some were sold to buy feed for the rest, some were stolen and others died.

He eventually started divorce proceedings around 2017, as he claimed they had just drifted away from each other. The husband also complained that his wife had refused marital rights.

In rejecting the wife’s request for her husband to give up 50% of his pension money, the court said that she had, on her own initiative, given the respondent permission to continue to have extramarital affairs “until he is fed up”.

2021-11-30
Previous Post: Swiss pension funds invest more sustainably: strong incentives, but also obstacles
Next Post: The pension credit will increase to a maximum of £ 279 per week next year