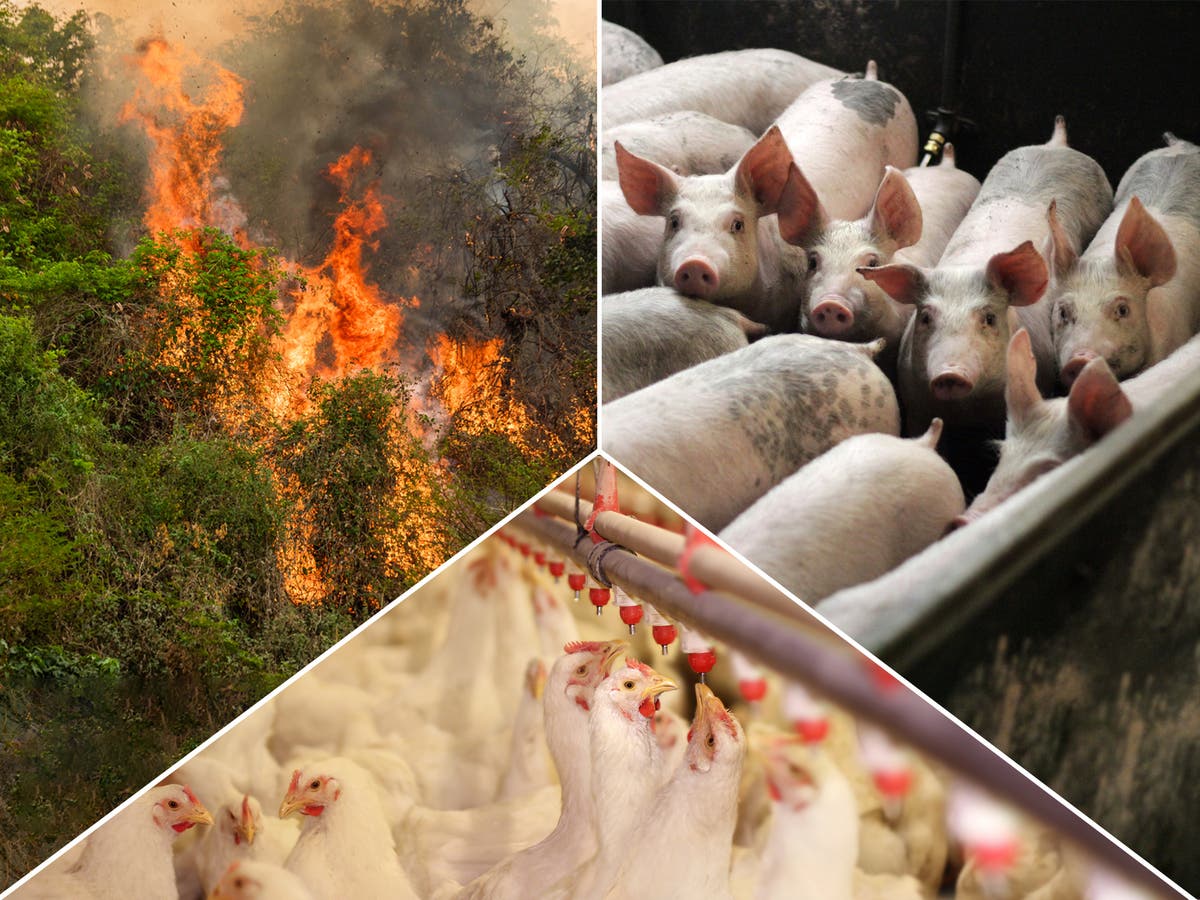 UK councils are investing millions in factory farming through their staff pension funds, according to a new analysis, prompting environmental and animal rights campaigners to call for more ‘climate aware’ funding.

According to an assessment by campaign groups Feedback and World Animal Protection, around £238m of investments in factory farming businesses are held by local authority pension funds.

Local authorities have already come under fire for investing billions in fossil fuels through pension funds, and six have already pledged to hand over their portfolios.

Campaigners argue that the ‘next frontier’ of divestment should be in factory farming, pointing to the industry’s carbon footprint, links to deforestation and animal cruelty.

The world’s five largest meat and dairy companies have been shown to collectively emit more greenhouse gases than oil and gas giant ExxonMobil, and more than Shell or BP, the Institute for Agriculture and Trade Policy.

As of February 2021, 74% of UK councils had declared a climate emergency, but Feedback and World Animal Protection say intensive farming is currently a ‘blind spot’ for local authorities.

Livestock are responsible for approximately 14.5% of total man-made greenhouse gas emissions worldwide. The government’s climate change committee advised ministers last year to urge the public to eat less meat and dairy if progress is to be made on net zero pledges.

According to the report on the scale of the problem, only 0.1% on average of local authority pension fund investments were in factory farming, making them easier to dispose of.

Analysis of the figures, obtained through freedom of information requests, revealed that the West Midlands pension fund held the largest investment in industrial meat and dairy companies, amounting to 35 £.9 million.

A spokesperson for the fund said it was “fully committed to aligning with the goals of the Paris Agreement and the net zero ambition by 2050 or earlier”. They added that the fund seeks to “ensure resilience as we decarbonize”.

Researchers also found that the Swansea Council Pension Fund had invested £12.4million and the Strathclyde and Clwyd Funds had invested £10.3million each.

However, the process of disposing of the money can be difficult and can take several years.

In addition, several councils often have their pensions administered by the same fund, with a local council named the “administering authority”.

This means that the administrator is legally responsible for managing the fund and its investments, although representatives from other boards may also sit on the board and guide decisions.

Some councils, such as Glasgow, claim that despite being a trustee of their funds, they cannot direct their investments.

Councilors have had some success, however, in passing motions calling for the divestment of their funds, as happened at Luton Borough Council over investment in fossil fuel companies.

Some councils have shown that they can work to reduce their exposure to carbon-intensive investments. Research by the Platform and Friends of the Earth groups revealed last year that council pension fund investments in fossil fuels had fallen to nearly £10bn, from £14bn in 2015 .

A spokesperson for Swansea Council said they had “reduced our carbon footprint in equity investments by more than 50%” since 2018.

They added: “We have always been of the view that it is best to take a holistic approach and not explicitly exclude any sector, including livestock.

Martin Bowman, campaign manager at Feedback, said: “Factory farming companies are simply not compatible with a climate-friendly future and, like fossil fuels, have no place in the wallet. of a local climate-conscious authority.

“We are calling on councils to divest their bonds and shares in these companies.”

According to the research, some £230m of the council’s investments are in just 15 companies, accounting for 97% of the money.

China Mengniu Dairy and the Yili Group are the two main Chinese dairy companies, which together control 40% of the country’s dairy market.

Tyson Foods is the world’s second-largest meat processor, with an annual turnover of £31.2 billion, while the WH Group is the world’s largest pork producer.

Lindsay Duncan, campaign manager at World Animal Protection, said: “Public funds should be used to invest in our future, not put it at risk.

“We urge local authorities to consider all aspects of harmful industrial agriculture, including poor welfare, deforestation, species loss and the devastating effects of climate change.”