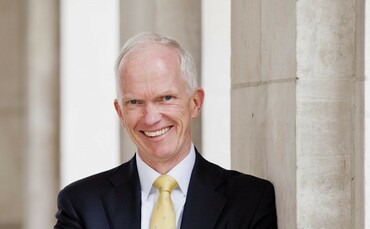 Why UK pension funds need urgent reform to benefit everyone

The term tracks the funding gap which deprives UK SMEs of the finance they need to grow. Above all, this gap can widen in times of crisis, such as the economic uncertainty of the past two years caused by the Covid-19 pandemic.

Currently, it is estimated that there is up to £15bn a year in growth capital available to companies that are too small to be funded through public markets, but large enough to have outgrown capital funding -risk. Overreliance on debt is not a long-term solution.

According to BGF research, there are around 21,000 of these businesses in the UK which make up the dynamic and fast-growing middle section of our economy.

There is an urgent need – and I believe a compelling opportunity – to identify new pools of capital that will serve these growing businesses in need of financing.

Not only could this solution close the gap, it could fuel UK growth for years to come – and that is by unleashing the power of our national pension funds. It can take Britain from laggard to leader in driving the knowledge economy of the future.

By 2025, defined contribution (DC) pension schemes will have become one of Britain’s largest pools – with almost £1,000,000 in capital. The impact this could have if invested in a UK business is huge, while giving savers a stake in Britain’s entrepreneurial future and the real economy.

Pension funds have the power to be transformative because they think and plan for the longer term – unlocking vast pools of institutional capital that would produce results for investees and pensioners themselves.

For this to become a reality, regulatory change is needed to address the existing framework and allow pension pots to be fully utilized.

The government recently concluded a new consultation on the reform of pension funds, the results of which should be unveiled shortly.

The key change we need to see relates to the DC scheme load cap which has unduly restricted the ability of schemes to invest broadly by instead focusing solely on cost. We need a targeted exemption to the current rules that would allow for a broader investment mandate. This exemption would allow defined contribution plans to direct a larger portion (we suggest up to 5%) of investments to growth-stage companies with high potential, and in turn deliver long-term absolute returns. higher for pensioners.

We would propose that the exemption criteria include the need for funds to make only minority growth investments, not buyouts, in certain UK-based SMEs and with a longer average holding period.

Exempt funds should also be based on strong ESG principles, direct the majority of their capital outside of London and the South East, and target sectors identified as extremely important by the government, such as life sciences, artificial intelligence and clean energy.

Unlocking hidden capital in UK pension funds could provide fast-growing UK businesses with the funding they need to grow, employ and invest. It will fuel UK GDP and benefit the millions of savers who have automatically signed up for DC pension schemes. It’s a winning combination.

It is time for the government and our financial institutions to be bold and tackle the long-standing growth capital deficit head-on.

With the pension system being overhauled, we have a huge opportunity to address the structural problems that have plagued our financial infrastructure for nearly a century.

By removing the stifling barriers that prevent pension plan members from accessing growth-stage companies, we can redefine the pension system for good and create benefits for all of us.

Stephen Welton is founder and executive chairman of BGF